Parking Available. For Public Transport: take a train to Sandringham Station and catch 922 or 600 bus to Balcombe Road and Ebden Avenue and then walk 140 m to the corner of College Grove & Balcombe Road. 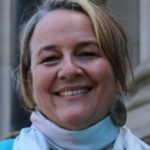 Dimity has campaigned for years to see the abolition of nuclear weapons and is one of the founders of ICAN, the International Campaign to Abolish Nuclear Weapons. Today the Melbourne-born campaign is a coalition of non-governmental organisations in one hundred countries. In 2017 ICAN became the first Australian organisation to win the Nobel Peace Prize. 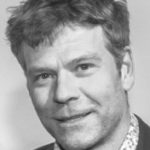 JD Mittmann is Curator and Manager of Collections at Burrinja, the Dandenong Ranges Cultural Centre in Upwey. He has developed and toured the award-winning art exhibition Black Mist Burnt Country – Testing the Bomb: Maralinga and Australian Art which was presented at ten public galleries and museums across Australia from 2016-2019, including the National Museum of Australia in Canberra. JD Mittmann has a background in journalism, film-making and arts management. He is currently the chair of the Board of Management at Bundoora Homestead Arts Centre and since 2018 board member of the Public Galleries 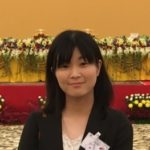 Hiromi Ikeda is a Social Work post-graduate student at the University of Melbourne but grew up in the city of Kure, which is about 25 km away from Hiroshima city. She is a third generation Hibakusha- the name given to those people affected by nuclear bombings. . Her great grandfather and grandfather on her mother’s side were victims of the nuclear bomb, although her grandfather survived until the age of 70. Her grandmother on her father’s side, who passed away early this year, often recalled seeing the cloud of the bomb beyond mountains.

“Seventy-five years ago the world tested its first nuclear device on 16 July 1945. The code name for this test was Trinity and it was part of the Manhattan Project. Today 9 countries have almost 14,000 nuclear weapons. It’s time to disarm. #nonukes”

The Boys Who Said No!

About the film Watch at the Melbourne Film Festival Online http://mdff.org.au/films/the-boys-who-said-no Half a century ago, young Americans coming of age watch as President Johnson suddenly launches a war in Vietnam, drafting a thousand men a day to go into combat, and then watch again as the war proves brutal and senseless. Though many find a way out, some decide to resist, openly refusing the call to duty as an act of conscience, provoking arrest to build opposition and stop the war.