This book is the story of why many editors and journalists in Australia are in fear of upsetting the pro-Israel lobby and therefore — in my view — self-censoring. 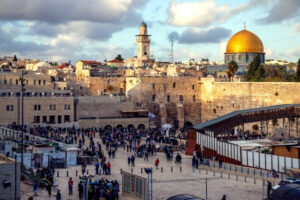 And it’s the story of how the Australian public is being short-changed — denied reliable, factual information about one of the most important conflicts of our time.

In 40 years in journalism, I’ve dealt with some smart and powerful lobby groups. But none compares to the pro-Israel lobby in Australia. It is formidable, well-funded and effective. Material which the lobby opposes being published in Australia is routinely published in Israel. Says senior journalist Peter Greste: “Personally, I think the pressure that the Israeli lobby places on Australian journalists is, frankly, outrageous.”

This means Australians cannot evaluate Australia always voting in support of Israel at the United Nations, no matter the issue, or if Australia’s continued support of Israel’s 54-year occupation meets our values and interests.

Wars between Israel and Gaza ignite every few years and because factual information is limited the causes often are not explained. One of the main reasons behind the May 2021 Gaza conflict was rarely reported in Australia. The media that bothered to report it framed it as essentially a real-estate dispute between Palestinians, who lived in the neighbourhood of Sheikh Jarrah in East Jerusalem, and Jews who claimed they lived in and owned those houses in 1948. As The New York Times reported: “The Israeli law allows Jews to reclaim ownership of land they vacated in 1948 but denies Palestinians the right to reclaim the properties they fled from in the same war.”

Most Australians would also not know that in order to achieve a demographic majority in Jerusalem, for decades many of these Palestinians have had their houses in East Jerusalem demolished or occupied.

In the Australian media, the military system is rarely mentioned. Under Israeli military law army commanders have full executive, legislative and judicial authority over Palestinians.

When I was Middle East correspondent for The Australian, Albert Dadon, a property developer from Melbourne who founded the Australia Israel Leadership Forum, told me he was coming to Jerusalem. We decided to go to Hebron, an experience Dadon had not had. As we were driving down a hill into Hebron, Dadon asked why there were so many Palestinian women walking up the hill, many carrying babies, food and water.

I told him that he should see the Palestinian houses whose front doors had been sealed by the Israeli army, so the owners could not enter or leave by the main street, but he said, “I’ve seen enough. I’m upset that all this is being done in my name.” Dadon later said: “This is the dark side of a society that you don’t want to face, but when you face it you come out more informed. What I saw that day was not Jewish.”

Despite travelling the world and defending Israel and its policies, when Dadon saw the reality he was upset. So affected was Dadon that he rang me two nights later and said he’d had meetings with eight Israeli ministers… five of the ministers agreed (that Hebron had to change) and three did not. But the same military laws apply across the West Bank and the same “Israeli-only” rules that prevent Palestinians using certain roads.

Most Australians would not know that Israel’s justification for keeping Palestinians under military rule for 54 years is the Fourth Geneva Convention of 1950 — which, ironically, also prohibits settlement construction in East Jerusalem and the West Bank. Not only is this an example of cherry-picking international law, but this selective approach undermines the credibility of the rules-based order established after World War II.

Most Australians would not know that the freedom of expression of Palestinians in the West Bank is almost non-existent, or that often during Jewish holidays the West Bank is closed off. Why should one person’s religious holiday be another person’s lockdown?

Most Australians would not know that in Area C of the Palestinian Territories — the 61 per cent of the West Bank where all the Jewish settlers live — 98 per cent of Palestinian building applications are refused and that frequently the army will demolish a school, a shed or house for having no permit. Most Australians would not know that Palestinians from the West Bank are not permitted to fly into or out of Israel’s international airport or that Israel controls the water for Palestinians and sometimes turns it off.

Most Australians would not know that Palestinians in East Jerusalem are not allowed to vote in Israel’s national elections; they can only vote in local elections. And most Australians would not know that in 2018, the Israeli Parliament passed the Nation State Law, which formally entrenches Jewish superiority over Israel’s Arab population. This law says that “Israel is the national home of the Jewish people, and that the right to self-determination is unique only to Jewish citizens — in accordance with Article 1 of the law”. If a discriminatory and racist law had been passed entrenching the superior status of white Australians over Indigenous Australians it would have been front-page news in Australia.

The lobby likes to say Israel’s dispute with the Palestinians is complicated. It’s not. In 1967, Israel began an occupation of the West Bank, which was part of the land set aside by the UN for an Arab state which would be formed alongside a Jewish state. The lobby has been spectacularly successful in framing the perception of Israel’s strategic and political situation as vulnerable.

Firstly, Israel has long had peace agreements with Egypt and Jordan and in 2020 signed agreements with several other countries. It is the superpower of the Middle East, complete with a major arsenal of nuclear weapons.

And it’s a fact that Israeli settler leaders have worked with the army from the early days of the occupation to plan settlements to make a Palestinian state impossible. Settler leaders openly admit it. I could have a civilised discussion about these issues with most Israelis, but such a discussion in Australia would be virtually impossible — it would quickly descend into abuse.

One of Australia’s major pro-Israel lobby groups is the Australia-Israel and Jewish Affairs Council. AIJAC is aligned to the far right of Israeli politics — they may occasionally talk about a two-state solution, but in my view this is purely lip-service.

If they genuinely wanted a two-state solution they would push not just for an end to new settlements but for the winding back of existing settlements. AIJAC’s far-right position has become more obvious. Chris Mitchell, who has dealt with the pro-Israel lobby for decades and visited Israel many times, watched AIJAC radicalise.

He tells me: “I suppose I always took the view that in many ways what happened with AIJAC and other places is that when the neo-cons really got control of the [George W] Bush administration, you had a real radicalisation of the Israeli lobby here, almost hand in hand.”

I’ve visited the West Bank hundreds of times. I can therefore state that the picture the lobby in Australia paints for journalists on their wining-and-dining trips to Israel is so far from authentic that it is worse than meaningless. It is damaging because it fills the heads of influential editors with a distorted reality.

This is an edited extract from Dateline Jerusalem: Journalism’s Toughest Assignment by John Lyons published on October1  as part of Monash University Publishing’s “In the National Interest” series.

How Afghanistan’s Peace Movement Is Winning Hearts and Minds

There are no upcoming events.