About the film
Watch at the Melbourne Film Festival Online
http://mdff.org.au/films/the-boys-who-said-no
Half a century ago, young Americans coming of age watch as President Johnson
suddenly launches a war in Vietnam, drafting a thousand men a day to go into combat,
and then watch again as the war proves brutal and senseless.
Though many find a way out, some decide to resist, openly refusing the call to duty
as an act of conscience, provoking arrest to build opposition and stop the war.

Spirituality of the Heart 2013 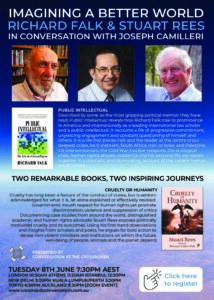