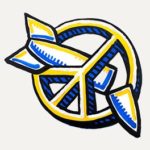 A historic global agreement was reached at the United Nations headquarters in New York on Friday, July 7, 2017 when 122 nations adopted a treaty to ban nuclear weapons. Known officially as the Treaty on the Prohibition of Nuclear Weapons, it will acquire legal force once 50 nations have signed and ratified it.

All nations are invited to sign and ratify the new treaty, regardless of whether they participated in the negotiating conference. Australia must join the global majority and reject these abhorrent weapons.

Our Government opposed the negotiation of the treaty, but support within Parliament is growing. As of August 2017,  thirty parliamentarians from the Labor, Liberal, the Greens and National parties have signed the Parliamentary Pledge. They have promised to work towards Australia signing and ratifying the new treaty.

Please help us build support within Parliament by inviting your local MP or one of your State or Territory Senators to sign the Pledge.

Nuclear weapons have been outlawed. If Australia is serious about nuclear disarmament, it will sign the Treaty on the Prohibition of Nuclear Weapons.

Tags: Treaty on the Prohibition of Nuclear Weapons

There are no upcoming events.